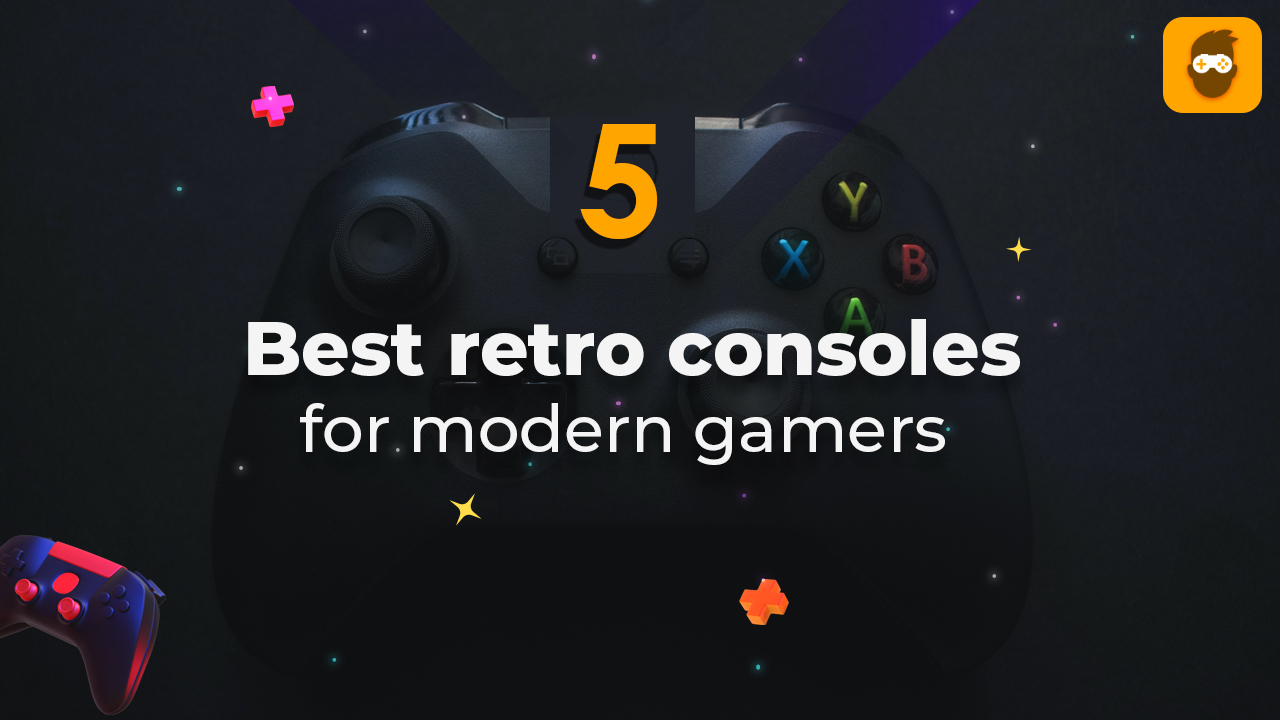 Games are becoming more and more popular between people and most of them are obsessive and self-referential. People mostly think that games are some kinds of forward-looking medium, where they are wrong. If we talk about games then it totally depends on generations and PCs graphic card technology. Gaming companies are continuously mining and searching for more ideas to take gaming to another level, some of them are merging new genres and old genres, or are simply borrowing some aesthetics of past generations. If there’s any fault in any modern game it means that it can be intimidating to newcomers they rely on age-old conventions and traditions.

If we talk about old consoles, they are nice and are loved by everyone. Their weird looking body can be an exception of retro consoles but they were relics of fun, nostalgic artifacts and reminded us of our childhood which we spent in waiting patiently until the game loads from cassettes, or blowing the dust out of cold carts.

Clearly there were many more options and hundreds of online emulators that let us experience the classic titles from the comfort of your PC, but the missing point of these classic consoles was that it was much like that you were listening to MP3 of and old 78 record.
Nowadays there are many different options and replacements for these consoles, but what we say “Old Is Gold” so no one can ever take place of these consoles. There are still some people who still are interested in purchasing these old gaming consoles.  We have created a list of some of the most precious and most like retro gaming consoles names. So, let’s get started:

Commodore Amiga isn’t strictly a gaming console, it is also a computer, if you were the owner of an Amiga in the late-eighties and early nineties, you were the one having one of the best gaming machine. This machine was the glory of that era. It was there when idiosyncratic UK studios like Bitmap Brothers (Speedball 2, Chaos Engine), Team 17 (Worms), Bullfrog (Syndicate) and Sensible Software (Cannon Fodder, Sensible Soccer) were in their pomp.  It was one of the best device of Amiga informatics at that time.

If you want to buy this device and couldn’t find it, here are some of the tips. You can get this machine for about £35 on ebay easily. You can find some more models of amiga such as, Amiga 600 and Amiga 1200 that offers you slightly better and improved refinements as well as the compatibility with later titles.

Sega mega drive was the first 16bit console, and was a massive success in US and Europe. The combination of fantastic arcade conversions and authentic sports simulations made it more unique. This machine consists of different action games such as, Streets of Rage, Altered Beast and Mickey Mouse: Castle of Illusion typifying the genre, while EA came into its own producing the Fifa, NHL and NBA simulations.

There were two versions of Mega Drive, first one was the original and second one was updated Mega Drive 2. Both of the devices are fine and are cheaper, the “reset” button was prone to breaking. But if we walk about the comparison, then the original Mega Drive had better sound quality. You can find Mega Drive on eBay for £20-100; it totally depends upon the condition and the number of games bundled in it. Buying the machine make sure that you get all the cables and at least two joypads so that it can be a multi-player game.

This machine was proved as the best gaming consoles of all time. This device was technically superior if compared to Mega Drive with more colours. From 1990 to 1996, the system had most iconic series of all the time, such as Final Fantasy to Street Fighter. Also, there were some homegrown classics like Super Mario Kart, Super Metroid and F-Zero, as well as the wonderful Donkey Kong Country titles from first-party studio, Rare.

If you are going to buy Super Nintendo Entertainment System, it will cost you more than £20. Before buying this device, you should check eBay for its hardware and games. Remember, the machine can get discoloured, but the hardware will always be sturdy.

In 1994, Sony launched its 34bit console and it was secularly successful. This device was Sony’s game changer as it was that much successful that people replaced their Sega and Nintendo from Sony’s PlayStation 1. It had 3D graphics. If we talk about gaming, then there were many games such as Resident Evil, Metal Gear Solid, Tekken and Tomb Raider.

Before buying a PlayStation, you should do some research on it. As the early versions of PS had more inputs as well parallel I/O connectors. There were some problems in playing a Full Motion Video in the first models until unless you had Audio In/Out connection. To save your progress in games you should need a memory card also.

In 2001, Nintendo launched their new device which had some twist in it, as it was launched in the shape of a cube and it was a step ahead to modern era. The company launched it in the competition of PlayStation 2 and the original Xbox. Even though having a perfect box-like design and mini disc games format, Nintendo never got the support of third party which it deserved. The cube consisted some of the best games, such as, Super Smash Bros, Super Mario Sunshine and Animal Crossing all holding up to modern scrutiny, horror title, Resident Evil 4, as well as the bizarre Killer7 and the dark-as-hell Eternal Darkness: Sanity's Requiem.

While purchasing, you’ll get a blue and black machine, that will cost you around £15-30, but if it is one of the limited editions, you have to pay higher rates for it. If you are going to purchase it then you should look for bundles where you can find more than one joypad, so that you can play with your friends.

Now a days streaming is becoming more and more popular day by day. People are getting more into video game live streaming. They are also earning by stream games. There are different game streaming platforms which are most popular now a days. Also, if you want to start earning at an early age, there are some of the best streaming platform for gaming, that are easy to use and provide you a good response in return.