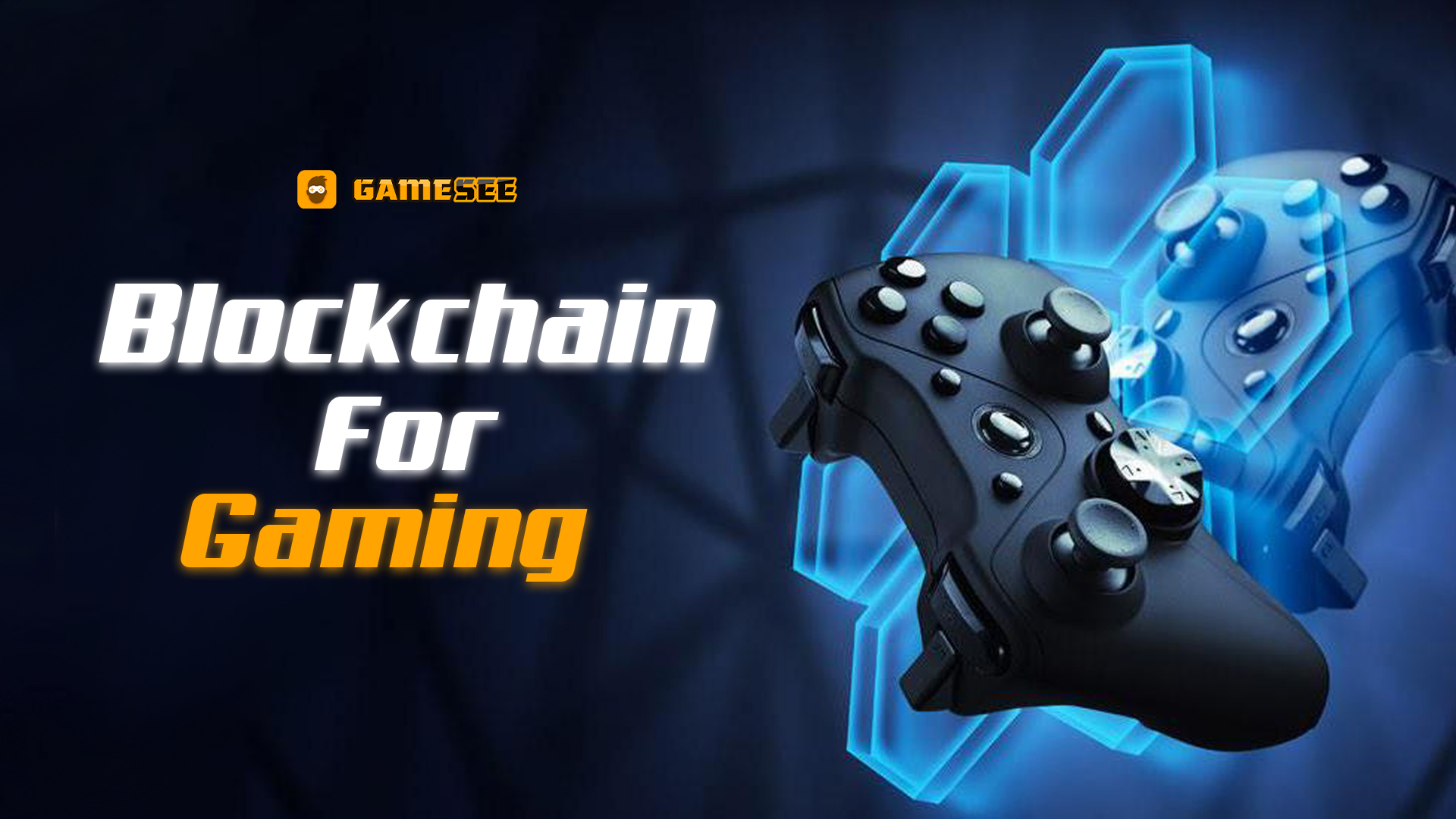 The game business has come a long way since its humble origins. Those of us who remember playing Super Mario on a 16-bit gaming console are aware of how this once-simple industry has evolved into a treasure trove of emotionally-charged, engaging virtual reality games that reward precision and preparation.
Massively multiplayer online games (MMOs) like Player Unknown's Battlegrounds (PUBG) need players to live in a fair world because their characters are personalized to their personalities. Any mistreatment of the character reflects poorly on the gamer.

Characters do not perish in the same way as Mario does, and they do not follow a distant goal like a princess in a castle. These games involve a lot of emotional implications and are based on real-life situations.
The bulk of these games are streamed online, and participants use virtual assets to accomplish specified objectives and establish supremacy. As a worldwide sport, gaming is progressively gaining traction. The business was valued at $138 billion in 2019.

Due to the need for a new scheme that can replace the faults that present in the existing paper financial system with something entirely new and innovative, the adoption of blockchain technology has expanded in recent years.
Blockchain isn't only for gaming money; it has a variety of uses, with gaming being one of the most important. Why? Because blockchain technology will revolutionize the creation, management, and play of games in the future.
Exceptional things may happen when blockchain is used in gaming, as we shall explain:

What is blockchain gaming?
A blockchain is simply a chain of data blocks on a computer network that is visible to all users, techno gamers, and anybody else. It can't be moved or changed. This method preserves a comprehensive record of everything that has happened on the network concerning the data.
The system is decentralized, which implies that the game is controlled and governed by the users, who own digital assets and game objects, rather than by a central authority.

On a gaming blockchain, you possess a specific number of digital assets known as NFTs, much as you own a certain number of cryptocurrencies such as Bitcoin, Ethereum, or Litecoin on a cryptocurrency blockchain.
These are game items, but they are yours to own in the same way that bitcoin is, and they may be transferred not only to a wallet but even outside of the game.

The role of NFTs
NFTs are unique, unforgeable, and may be sent to a wallet address in the same way as currencies can. A sword, a bow, a shield, a rod, or a chunk, for example, can be an NFT in a game. They might be anything because they are only metaphors. If you possess such digital materials, you can keep them indefinitely.
There's also the scarcity factor associated with blockchain technology, suggesting that only a limited number of these items are available.
There are common, exceptional, rare, epic, and legendary things in the game, much as there are in an online RPG game like World of Warcraft or another analogous title. The legendary artifacts are the most difficult to get by.

You can examine how many legendary goods are accessible in a blockchain-based game, such as 35. After this number has been determined, no more of this sort of item may be produced. Even though these 35 objects are similar, they are each unique in their way since they may include the full history of how that item has been utilized.

It might be held by the best player in the game, and this information will always be attached to the item, even if it is sold to someone else.
And what if the game you're playing stops operating for no apparent reason? What's more, you'll be surprised to learn that On the other hand, your stuff will not! Because it may be moved throughout the metaverse from one blockchain to another. It's still yours to retain and use in a new game if you want to. It's feasible to save it in your digital wallet. This is what makes NFTs so appealing.
NFTs are a sort of content, one that will continue to exist in the metaverse indefinitely.

Benefits of Block-chain Gaming
According to experts, adopting blockchain in gaming is a piece of cake due to its volatility and the fact that gamers are acclimated to tokenization.
Furthermore, because many games enable users to purchase in-game things with both virtual and real money, experts believe that the best method to maintain track of these transactions is through blockchain.
Between cryptocurrencies and video games, blockchain technology is expected to have a good relationship. In the gaming industry, blockchain solves a series of long issues.

Increasing the gaming market's security
Because of blockchain's power of decentralization and very efficient data encryption mechanisms, hackers will find it almost hard to break into data across the server.
As a consequence, it provides a safe atmosphere for game creators and entrepreneurs, resulting in greater production. Because there are no servers to attack, hackers would be unable to bring down a decentralized blockchain network.

1. Increasing the value of in-game assets
Blockchain technology can assist with in-game asset ownership by bringing more transparency and law to the gaming industry. One of the most essential aspects of blockchain-supported gaming is actual digital ownership, which will allow players to swap rare items and profit.
Smart contracts are used to handle all transactions in a blockchain-based game. Smart contracts are irreversible and run on pre-programmed parameters. As a consequence, when you launch a blockchain-based game, all in-game items acquired with smart contracts are transferred to users' public address accounts as soon as possible.
Apart from that, smart contracts are run without the need for a central authority. No one can modify the public address where the in-game assets are kept, and no one can change the private ownership of those assets. They will remain the property of whoever owns them in the game.

2. Improving intangible asset value projections
Players had spent around $6.7 million by December 6th after Crypto Kitties was introduced on November 28th, 2017. According to these data, when a fun game is established on the blockchain, gamers will value intangible digital goods.
If you create an engaging blockchain game, players will be eager to pay real money for intangible digital valuables. The combination of cryptocurrencies with engaging and enjoyable video games will almost certainly lead to a surge in investment.

3. Take Command of Your Favourite Video Game
Blockchain-based gaming networks are immutable. This ensures that network-deployed gaming programs and series will remain unchanged in the future. This allows you to download and install different versions of video games from any site without compromising your gaming experience

4. Resources are traded and prizes are earned.
Through blockchain gaming mining techniques, gamers and developers may create resource-rich games and applications, as well as update game versions and receive prizes. This allows people to contribute and earn tokens while enhancing the app's user experience.

Gamesee Live Streaming
Now you can access various Blockchain games and many more on the best streaming platform for gaming, the Gamesee platform. It is your new go-to spot for conveniently live stream games on your phone. It's a platform that changes all of the parameters to guarantee that your broadcast is of the finest possible quality and performance. In seconds, you may watch, live stream, and access video on demand.

GameSee is a gaming platform that allows gamers to find new communities, watch live streaming, take part in gaming events, have amazing experiences, and take advantage of limitless opportunities. It encourages gamers of all ages, backgrounds, and abilities to show off their gaming skills without fear of being judged.
It's the ideal venue to experience the beneficial aspects of competition in a welcoming environment while also sharing your gaming love with people from all around the world. GameSee is more than just another gaming tool; it's a dynamic system for observing the gaming revolution.

Bottom Line
We can now see how merging cryptocurrencies with video games may provide a more fun, safe, and fluid gaming experience. The cryptocurrency gambling industry is still in its early stages. Users will be able to experience new games in the coming years as a result of this.
The gaming industry has never disappointed its customers. While the internet aided the growth of the gaming business, it was unable to keep unscrupulous persons and unethical gamers out.
Fortunately, blockchain-based gaming is the next step in safeguarding video games and establishing a long-term industry standard. As a result, cryptocurrency and video games have the potential to drastically alter the gaming industry.