Game Streaming Platforms: Giving People a Career Alternative That We Never Thought of Before 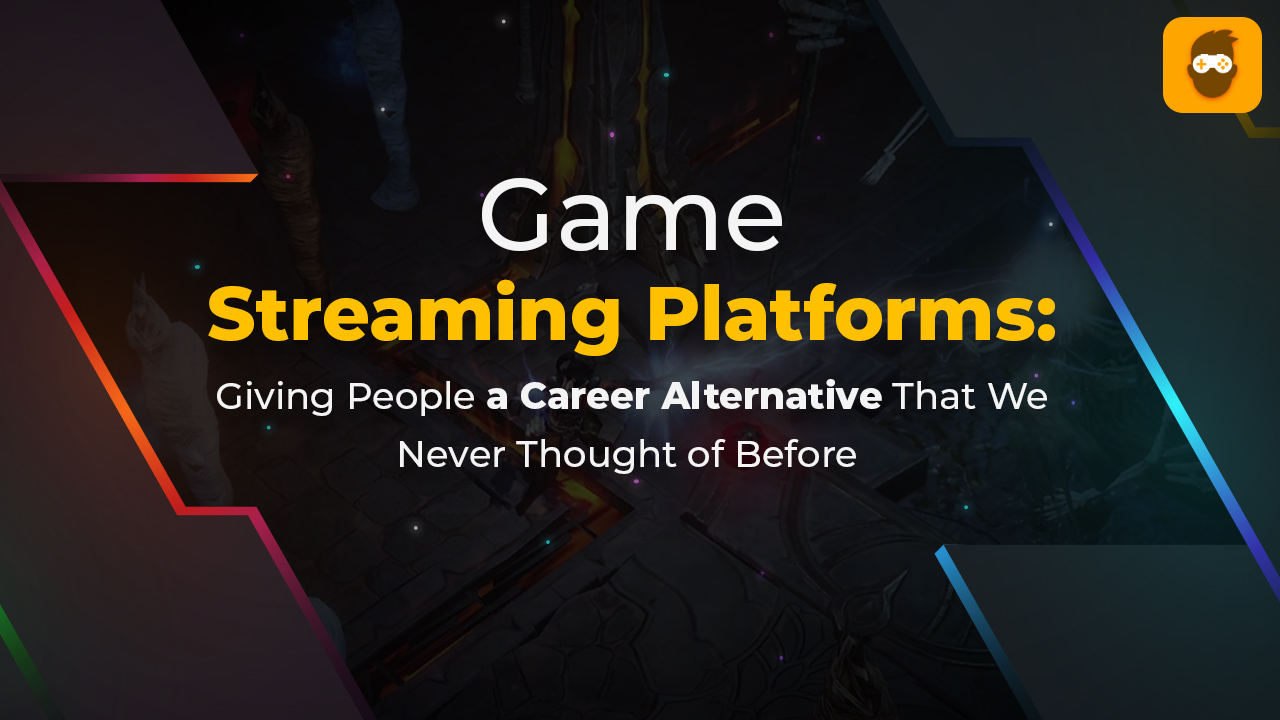 Millions of gamers and millions more have emerged in recent years, thanks to the pandemic that the world faced. Game lovers go online to game streaming platforms either to stream their favourite games while they play them or watch the streams of their favourite games that other players have uploaded to see someone else playing them. This is a proven way to get better at those games yourself. That’s why more people watch the streams than upload their own streams. This whole ecosystem has become very homely and inclusive for people all around the world. The same game is played by an Indian, an Indonesian, an American, and a Bolivian.

Globalization has narrowed the digital borders, but gamers have made them nearly extinct, which is a good thing no matter how you look at it. There are numerous platforms to choose from and deciding on the best can become quite an ordeal for many. But things become easy when you do what you love, isn’t that what gaming is all about?

The gaming market has gained massive popularity in a short duration of time. According to the market overview, the cloud gaming market was valued at USD 585 million in 2020 and is predicted to jump and reach USD 3107 million by 2024. The same market was valued at USD 306 million in 2019. This paradigm shift in revenues has made people re-think their career goals. Some gamers who started streaming just to pay off their student debts or just to earn money on the side have now completely abandoned their future goals or have aligned them according to their gaming business. On the internet, you can see people from any profession (or no profession at all) playing it out with global players and making big banks in return. The industry is worth almost USD 160 billion, so naturally, more and more people are interested in creating a career out of it. As a matter of fact, when asked during a census, 39% of people worldwide said they would like to get into the gaming world by 2021. This goes to show how much of a chunk of the world’s population is already involved in this industry.

It’s a market that can never die down and a market where it doesn’t take big bills to make big bills. Almost all the streamers in the market started small, with just a measly setup to begin with. So, you don’t have to go all out at first, test the waters, check the air, and then decide how you would like to move forward.

How Can You Become A Pro Gamer Today?

All you need is a stable connection and a fruitful streaming platform to stream your exceptional gaming skills. While it is not necessary to be “good,” it’s necessary to have the means to be good. The gaming world is quite diverse, and the competition is ruthless, to say the least.

A stable connection is the most indispensable part if you’re deciding to stream some games on the internet. Keep in mind that if your internet connection is inconsistent, you’ll not be able to make the most out of streaming. It will also result in glitches and lags in the gameplay, which will directly affect your gaming experience, and your viewers will become disinterested quite fast. Even a lag for a fraction of a second between system and commands can make the game unplayable. A wired hook-up works better, be it on your desktop or your phone. You may or may not decide to show your face, and if you do, you’ll have to invest in a good quality camera. A robust microphone is a no-brainer, and a good lighting setup will always be the correct decision in the long run. Apart from this, a gaming setup could set you back from a couple of dollars to a couple hundred and thousands. So, choose wisely.

If you’ve arranged all these things up and are finally ready to dive into the concept of streaming games completely, you’ll still have to decide on a stable game streaming platform. This is where Games, TV comes into play. Thousands of streamers trust this platform to upload daily streams of their favourite games. Platforms like Gamesee can provide a ton of exposure to the budding gamers trying to dip their toes in this vast, fast-moving industry. Gaming platforms are bringing the world closer with the notion of love attached to playing and watching popular games.

Some of the games to start your streaming career with-

As much as people love playing these games, they also enjoy watching other people play them too. And, with fast-coming sponsorship deals, you can expect to make a reasonable sum even sooner than you expect. The backing of a good sponsor makes a good gamer a great one!

Game streaming platforms have stimulated our economy in such a way that the word- “traditional career” has become a word of the past. Even parents nowadays encourage their kids to be gamers, a word they were scared to have associated with their offspring; it’s revolutionary, isn’t it? It’s amazing how the world is moving into the future so rapidly, without the future creeping up to us on its own. Today’s generation is quite thrifty and so technologically advanced that they are capable of doing the unthinkable with utmost ease and poise.

In terms of “scope”, the market is quite big and dynamic to ever get the “right time” to get in. So, get your ducks in order, get everything you need, select a suitable game, and start streaming your gameplays through trusted websites like Gamesee today!