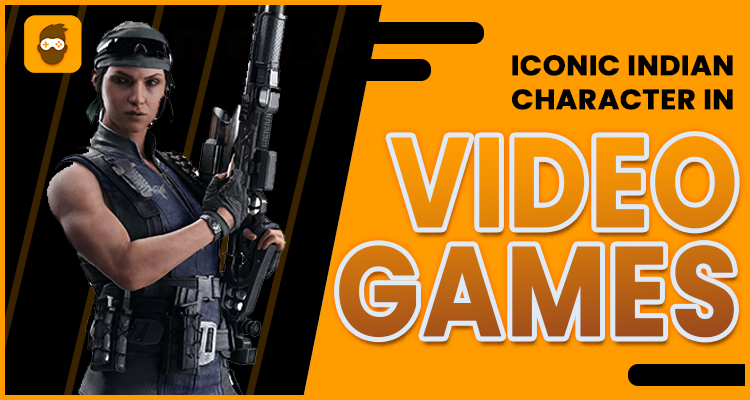 India has certainly become a leading edge in the gaming industry and has achieved phenomenal success over the years. Participation of Indian characters over the years in the field of entertainment has inflated immensely around the globe wherein the Indian characters evolve not only in the Indian industry but also in the world entertainment industry. The initial stages portrayed characters like Ranjeet Singh and Jameela Ranjhat cascading Indian characters wherein they are trying to learn English in the UK. Having an eye over the global cinema, movies like Indiana Jones and Temple of Doom caused a little controversy wherein they casted Amrish Puri evidently. Another movie that got the eyes of a wider audience was Bend it like Beckham that attained huge success and was known for the highest record of the tickets being sold during one weekend for a foreign movie.

Various other movies made India gain fame for example, Slumdog Millionaire, Million Dollar Arm, Outsourced, the best Exotic Marigold Hotel were some great movies that reached the global cinema and made India a pinnacle with the acting of the Indian characters. Talking more, the TV Series, The Big Bang Theory and Outsourced, exposed Indian lifestyle in an immense way. Making fun of the Indian background in a jolly way made it reach at a global level where it was recognized as one of the good shows that featured life in the western world. While we talk about the gaming industry the Indian characters have not achieved recognition the way it should have been. With The advancement in technology all over the world, the gaming industry has evolved impeccably over the globe and entry of Indian characters in the pace becomes a little difficult. However, it is rightly said, “No pain, no gain”, hence there are some personalities who never gave up and struggled to get the best outcome.

While we name a few, one of the iconic characters from the Indian descent is Dhalsim from Street Fighter. A size zero personality, Dhalsim is known for his long arms that make him have a huge advantage from his opponents. The name was derived from the menu of an Indian eating joint in Oaka, near Capcom’s Headquarters. An iconic character playing various roles holds a ritual of being completely against violence and usually participates in the Warrior tournament to become a protective shield for the poverty-stricken people in the village. The flashback of the dead skulls of the starving children makes him serve his village and fight for the right. The second in line is Jayadeep Mir, popularly known as “The Ghost”, made himself familiar with various other names as Sir Henry Green, Bharat Singh wherein he stayed in London as he was an Indian immigrant but didn't leave the roots of the Indian descent in 1860’s. Jayadeep Mir aspired to become the leader of the Assassins and somehow inclined himself to be the mentor for the twins, Jacon and Evie Frye. Giving a better eye view of this iconic personality, Jayadeep Mir was ostracized in England as he could not fulfil the stealth mission and failed to make up for his father’s hopes. Contemplating the good time of his life, Jayadeep Mir, was in close friendship with Charles Dickens an influential individual of those times, moreover, he was well acquainted with Florence Nightingale and Queen Victoria. However, the twist in the story was that this famous icon fell in love with Evie Frye, got married and finally both of them settled in India. 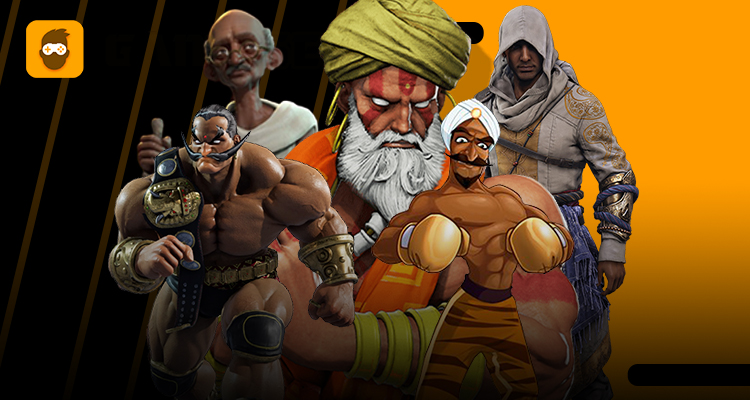 In continuation to make more Indian characters, we will talk about Ajay Ghale, Pagan min’s liaison. The character had admired Sushant Singh Rajput, a famous Bollywood actor and certainly exhibits his traits in the interior as well as the exterior. Ajay Ghale is a protagonist or the main character in the video game, Far Cry 4, where the character descends back to his native land in order to fulfill his mother’s last dying wish that her ashes be spread at Lakshmana, Kyrat. A man of few words gets trapped unnecessarily while his life before was completely an eminent one. He was a personality that raged with anger without harming anyone and soon taking out frustration by abusing wherein his abuses were worth lending an ear and made the characters win combats in a better way.

The next iconic personality from the Indian Descent is a well renowned duo of mother and daughter, Rani Laxmi Bai and Devi Nayyar. Both the females were rebellious at a high note and acted as main characters in the plots of The Order 1886. Both the iconic personalities are well known for exposing Jack the Ripper during one of the enthralling missions of their time. Witnessing women in those times to play a major part in the world of video games was a rare sight, however, acknowledgment for the better cause is a must. Both the women have a liaison with Grayson and accompany him during An Uneasy Alliance, Brothers in Arms and A Knight of Old, proving that the women should not be considered weaker in society. 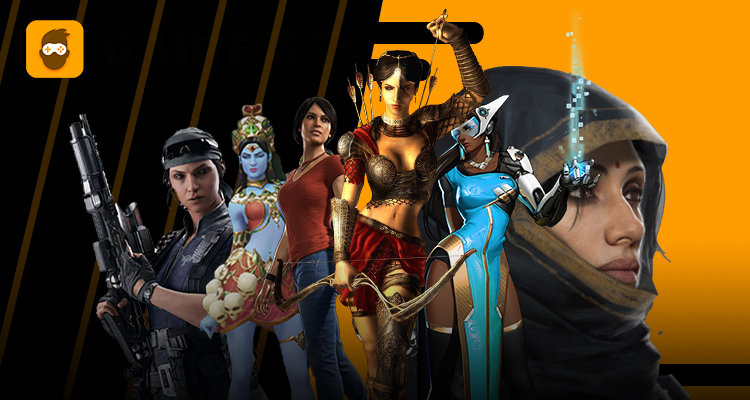 Featuring various other characters in the list, Farah, a supporting character or the antagonist in “The Prince of Persia '' portrays to be “The Princess of India”. This iconic personality appears in “The Sands of Time” and “The Two Thrones” wherein this character aids the protagonist in performing all the missions successfully. Thereupon next to be mentioned in Kali, a fighter woman and the only character who doesn't wave down from any country’s anti-terrorist unit. Moreover, this iconic character is introduced in Operation Shifting Tides of “Tom Clancy’s: Rainbow Six Siege”. Kali is certainly the most avaricious character from the night haven crew having a close liaison with Wamai, another mercenary character. A character of commitment carries a powerful sniper and punishes anyone who bangs on her for doing any harm. She certainly owns special gadgets and equipment in the game that certainly can penetrate through walls and destroy the electronics.

Moving further, Chloe Fraser, a treasure hunter from the Indian - Australian origin was an iconic character that played a role in “Uncharted 2”, where she was introduced as a love interest of the protagonist, Nathan Drake. Another popular Indian character Duran Mister deserves to be recognized as he appeared in the series of Street Fighter Ex incorporating the character of secret employment. Belonging to the league of the wrestlers, Duran Mister got bored fighting for the home country and thought to get in the global world gaming.  Duran’s fighting style resembles that of the well-known personality in the 1900's, Great Gama.

Talking further, let's not forget one of the first iconic characters from the Indian Descent, Great Tiger. He was an NPC opponent in the game in one of the famous arcade games, “Mike Tyson’s Punch-Out”. A great Nintendo character, was the main character in the revolutionary game as this game was known for developing Nintendo and their consoles. Another iconic personality was Satya Vasvani, a famous personality known with the name of Symmetra. This personality plays the role of a supporting character in “Blizzard’s Overwatch”. There are certain very special powers possessed by the character, for example, this character holds an acquisition of a photon blaster as a primary weapon wherein the character can act as a shield for the teammates and construct teleporters further leading to goodness or destruction.

Last but not the least, we certainly come across Mahatma Gandhi as one of the most iconic personalities, popularly achieved fame as being “The leader of Indian Civilization”. Mahatma Gandhi has played a role in Sid Meier’s civilization games since the very start. Choosing his character in the game usually makes a player incorporate uniqueness through the portrayal of stepwells and elephant-based warrior units. India certainly ranks at the 8th position while we talk about the revenue generation in the gaming industry. Aspiring to reach the pinnacle with the increasing internet penetration and advancement in the bandwidths, India is striving hard to establish prominent game developers that could rule the industry globally. However, with the increased competition, Indian characters though fictitious and non-fictitious earn fame in this industry globally. The Indian characters have indeed been changing makers in the gaming industry and have evolved immensely in the world of gaming at the both ends, however, embarking upon the advancement of the technology, more characters have been trying to pursue the extreme talent.