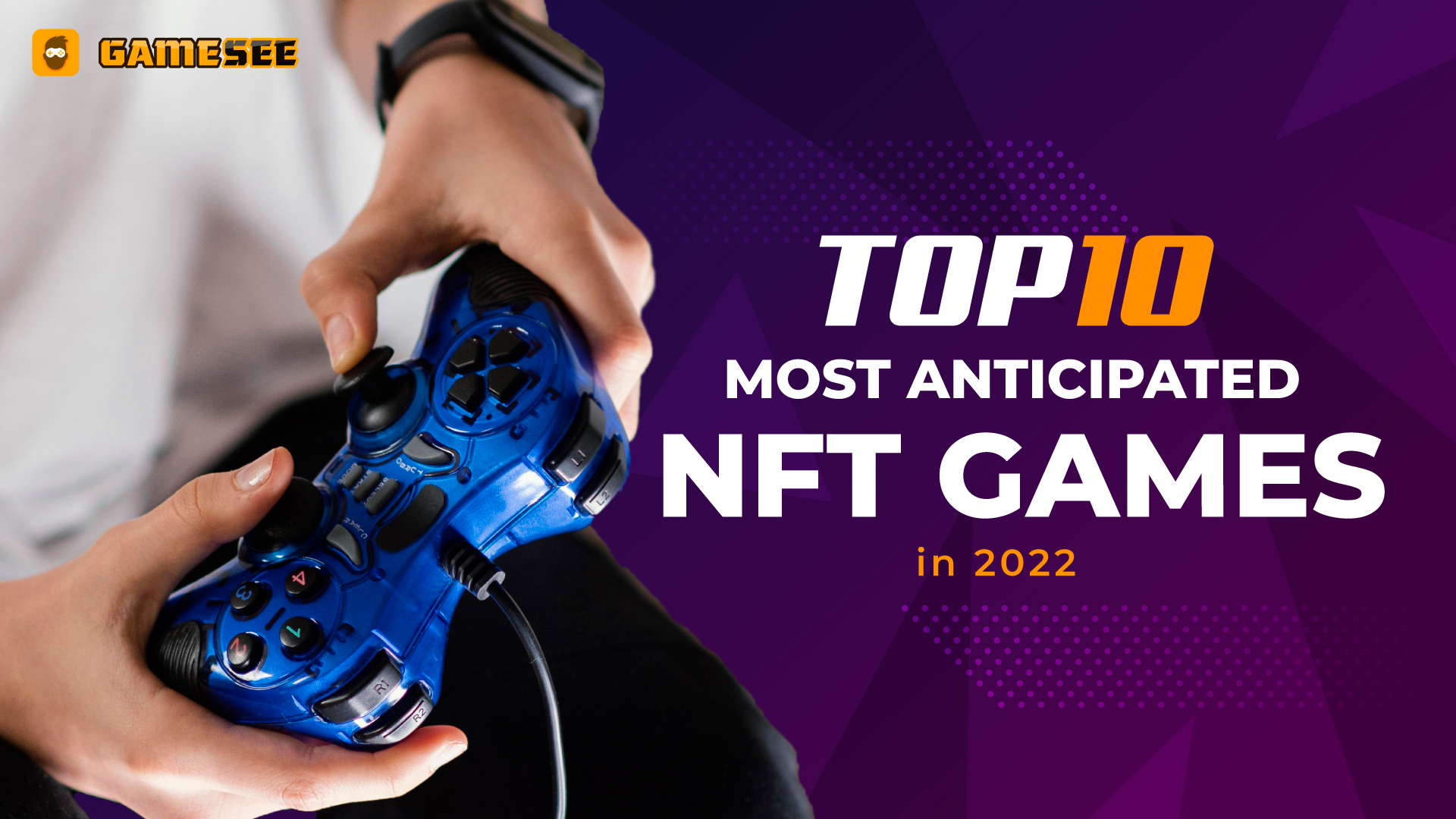 What are NFT Games?
NFTs are unique digital cryptographic tokens on the blockchain. NFT has various uses, like collectable crypto art, a digital asset in a game, and even as a real object. NFTs are unique tokens and cannot be swapped with an identical token. The Metadata of each NFT differs, making it so unique.
NFT games have gained popularity in the Gaming world. An NFT game uses NFT rules in its mechanisms, rules, and player interactions. The play-to-earn model of NFT games allows its users to generate income. The digital items the player finds can be treated as tradable NFT and be swapped with another player for profits.

When trading your gaming NFTs, ensure transferring them to a compatible wallet. Players must watch common scams while sending the NFT to the marketplace or another user. One must go through the rules of any NFT game thoroughly to reduce the chances of incurring losses.
NFT games are now popularly known as Game-fi, as it combines the world of gaming and finance. Game-fi provides its players’ opportunities to play and earn money simultaneously. They began with the Crypto Kitties craze and have developed and offered play-to-earn models.  The players no longer need to only rely on finding, breeding, and winning scarce collectable valued thousands of dollars. Players can now experiment with various gaming models in multiple themes apart from collectable animals.

The NFT gaming sector constantly expands, making it more valuable and superior. Here is a list of ten different and most anticipated NFT games.

2. The Sandbox Game
The Sandbox Game became one of the most popular games in the world in November 2018. It was initially launched for mobile phones and Microsoft Windows in 2012. It was then made available for the PC in 2015. After being acquired by Animoca Brands, the blockchain version of the game was launched; this facilitated the monetary version.
A considerable NFT market has been established on the gaming platform. It is now in the comprehensive testing phase. You can obtain pieces of EARTH in the Sandbox Game and utilize them to build, play, reign, and experience. Sandbox Game is one of the best Metaverse games in the market right now, which is also considered a secure long-term investment.

3. Decentraland
Decentraland is 3D virtual game. It allows its players to buy virtual plots on the platform as NFTs with MANA as the game currency. MANA cryptocurrency uses the Ethereum blockchain. More individuals began expanding into NFT projects with the hype around Metaverse. Decentraland, similar to The Sandbox Game, thrived when the Metaverse advertising campaign advanced to mainstream media. It was made available to the public in February 2020.
A desktop browser and a digital wallet are all you need to get started. It enables the trading of items like t-shirts and hats. Fortnite Islands-style territories may be examined and joined similarly.

4. Star Atlas
Star Atlas is a 3D galactic blockchain game. The multiplayer dimension and film quality graphics are what makes the game unique. December 16, 2021, marked a moment of significant expansion for Star Atlas, where they allowed their players to fully control their Metaverse assets. It is a large strategy game for space exploration, political domination, and territorial conquest. The game also features the development of cities and an understanding of microeconomics. Star Atlas uses Unity Engine 5 for the visuals in this game for special effects. The players use NFTs for trades.

5. Ember Sword
Ember Sword is a Massively Multiplayer Online Role-playing Game (MMORPG). It is a free-to-play game. All you need to do is pick a home region, create a character and get started on the mysterious journey. From mining, woodcutting, fishing, and battle, everything you do helps you elevate your skill level. Once you increase your skill level, new advancements are unlocked to increase efficiency. The ability to acquire rare cosmetics by participating in PvE and PvP projects makes the game interesting. The cosmetics have a short supply, making them unique. These can further be traded in the game or outside the game in security markets.

6. Rain
Rain is a monster-themed NFT game. It is an open-world role-playing game which features unique animals called Illuvial. The Illuvial may be combined, captured, upgraded, and used in battle. More than 100 new Illuvials are being planned for introduction to the enormous planet. Rain is a beautiful NFT game with a lot of room for improvement.

7. Mir4
Mir4 is an Asian fantasy MMORPG. It is playable on both mobile phones and computers. It is an action-packed game where you can earn money by mining the in-game currency, Darksteel. After accumulating enough Darksteel, it can be converted into DRACO, the world’s first commercially successful coin. It is the first NFT game with visuals that can compete with AAA games in terms of quality. The character customization is excellent, enabling players to make their characters appear as precisely as they want them to.

8. Vulcan Forged
Vulcan Forged offers six blockchain games to play. The Vulcan ecosystem constitutes some engaging and entertaining games to make money. A new open-world MMORPG, Vulcan Verse, is also available, which includes everything from missions to conquering the PYR. Playing Vulcan Forged games is a low-risk investment and highly recommended if looking for a wide range of NFT games.

9. Thetan Arena
Thetan Arena is one of the best on the list. It is a new play-to-earn NFT game that is modeled to combine personal and team skills. Thetan Arena is highly accessible as it is available on multiple platforms, like PCs, Android, and iOs devices. It offers a variety of game modes, upgrades, and awards, keeping the players engaged and fresh. It is a fun game to play without a play-to-win aspect.

10. Splinterlands
Splinterlands is a fast and furious game, with rapid battles and each game lasting only a couple of minutes. It is one of the most popular NFT games, using HIVE as their blockchain network. Players fight different monsters to earn in-game assets, which can then be traded on various secondary markets. It is basically a trading card game; NFT based cards on different kinds can be traded. Transparency is highly crucial in NFT games, which blockchain technology helps in achieving.

Conclusion
Here is a comprehensive list of the ten best NFT games. Every person has different capital and depths; hence a game must be chosen according to that. While there are some free-to-play games as well, it is crucial to understand the concepts of the game. All of the above are the best, safe NFT games available in the market.