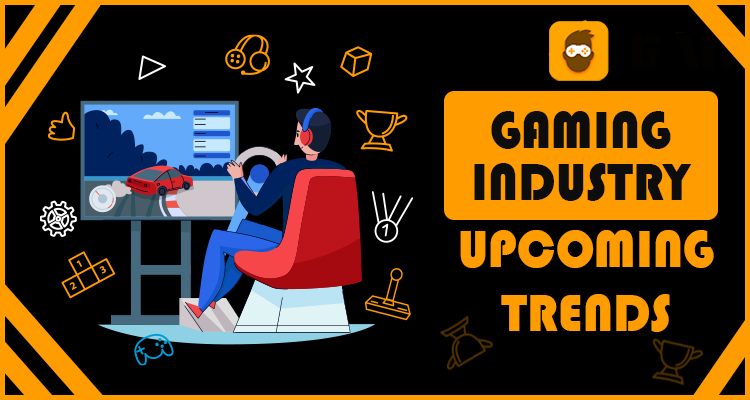 In today’s world, the gaming industry is minting immense money and is considered one of the most upcoming sectors in the business industry. Certainly, the pandemic and the lockdown were a cherry on the cake for the gaming industry as the global lockdown made people stay at home and attracted multiple users for the online gameplay. While we mention in detail, video gaming has had a tremendous surge with the generation of huge revenue parallelly. New innovations and quick adoption of advancement in technology has raised the online traffic in gaming significantly. Various IT Companies are developing techno friendly games to fulfill the demand of the online users.

The inquisitiveness of the users to be evolved with various advanced games has increased at a high level and platforms like social media Facebook, twitter, Instagram and others have started developing various mobile games to make a wider horizon in the field of mobile gaming. Witnessing the outpouring of the new innovations in the gameplay and observing the statistics, there is no way that mobile gaming is going to slow down, rather there is going to be an extensive surge now than the previous days. Every struggle follows a certain pattern to get the outcome however, in order to develop a game, the most basic formula is to amalgamate the functional aspect and the designing aspect.

A robust functionality and an intriguing designing aspect can very well help the developers to reach the main objective of the project. Adding on to this, advanced features in any game can lead to a better gameplay and attract various other users online. It is rightly said, “The more, the merrier'', which certainly refers to the game being more indispensable and makes the game refined and highly impressive. In order to acquaint yourself with the upcoming gaming trends, it is important to discuss diversified gaming trends. One must know that any gaming app, or mobile game doesn't stand out unless it incorporates the specificities of technology with advanced features.

While we discuss each gaming trend, let's start with the concept of Augmented reality and Virtual reality wherein this technology is considered as the global force of the game. In AR the perception of reality is based on the data collected from the real facts, whereas in VR, the perception of the reality is based on the virtual information. This concept of information technology drives the user to have an enthralling experience in the virtual and the real world. Augmented reality and Virtual reality change the gameplay by making the interfaces more intriguing. It is very important for the AR and VR developers to wisely work on the execution of the virtual elements in order to cascade a real time world. Secondly, the gaming trend refers to the incorporation of the multiplayer mode wherein the users have an access to play the game with their friends or the opponents online and have a friendly experience. Installing this feature in a game is not easy as it seems to be as the game developers have to keep the functionality aspect as the top most priority. Multiplayer gaming feature acts as an enhancer for the pro streamers as they can easily communicate with the people on social platforms and increase the online users while having interactive sessions. 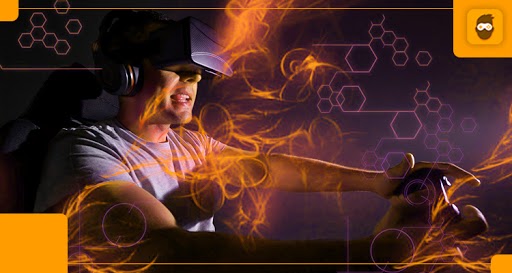 Thirdly, a wise usage of social media platforms can bring wonders as the generation today is entirely dependent on social media and certainly, we can gain an immense number of users from the social media platforms. People prefer to play games with their peers or with people who are known to them as they find it more interesting. Social media platforms however give an opportunity to the users to invite their fellow beings and have an interesting game play. This can help to increase the online ranking of the gameplay and lets you stream play in any corner of the world. Cloud gaming is a new innovation in the gaming industry wherein people prefer playing games on cloud as there is no tension of the storage space, moreover, the feature of cloud game gives an opportunity to the user to play live games and refrain from the hassle of downloading the game.

Cloud gaming has reached a level of redefining the technology to an extent of artificial intelligence. This concept is viable for people who have smartphones and fast internet connection. We cannot say that cloud gaming holds a potential in the future but we can say that it is a way of playing games online or in real time and is widely dependent on two aspects, video streaming and file streaming. Fourthly we can talk about a massive usage of mobile phones, since people have lost their interest in playing games on PC and laptops, mobile games have taken over the charge. In these years of tremendous change in lifestyle, people feel that playing games on PC can make them get stuck to one place without any multitasking. However, to break the chain, mobile games started to rule the industry as the game could be played at anytime and anywhere without any hassle. In addition to this, according to statistical information, mobile developers are more in demand than PC game developers.

Fifthly, it is observed that not only children or the youth but even adults are playing games online though, friendly matches or professional matches. After the occurrence of the pandemic, people have started playing games professionally rather than just keeping it a mere hobby. Therefore, the gaming industry over the past few years has not only been targeting a particular audience but the whole of the human ecosystem which includes working men and women, housewives, fathers, mothers, children, teenagers, older people etcetera. Nowadays game developers are making sure that they don't develop games for a specific audience rather construct games that can be played by every age group in order to pass their time.

The next game trend that shall be discussed is the embodiment of Live feature or Live activities. Adding Live activities attracts the attention of the audience and makes people keener to play the game as the virtual reality tends to synchronize with the augmented reality. Android app developers and IOS developers try to add this feature to bring the game at a holistic level. However, this in turn, brings in more users, increases interactivity and gives a real outlook to the game. Another newly added feature in mobile gaming is the incorporation of Location based games, which is highly preferred as these games are played with the GPS enabled settings offering an impeccable gameplay for the pro streamers to perform in an extraordinary way.

Another upcoming gaming trend refers to the use of robust consoles by discarding the traditional consoles. The existence of the handheld consoles has made gaming reach another level wherein these consoles incorporate a feature of better battery life, impeccable speaker, numerous games and are certainly small in size as compared to the traditional ones. Moving further, one of the exceeding revolutions in the gaming sector is the introduction of the 5G internet. This network comes in with a pack of intriguing internet features which include, death coverage, ultra-low complexity, high density, robust security, utmost capacity, ultra-low latency etcetera. 5G internet undoubtedly provides a secure connection and is a reliable source to depend upon. 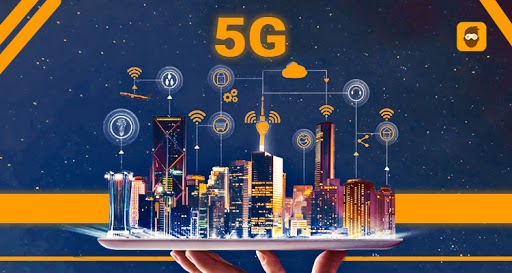 With the advancement in technology and the rapid innovations, gaming industry is reaching a boom wherein there is a widespread revolution in the game engines. Nowadays the game developers are making super powerful game engines to give the users an experience that they have never had before. The amalgamation of 2D and 3D technology makes an impeccable coordination of the screen. However, these game engines have become a leading edge in the gaming industry and are giving a kick start to the spearheading of games for better gameplay.

Thereafter, the emergence of cross platform technology has come up with a user-friendly experience wherein every company is offering this technology as in this concept the software application is made in such a way that it is compatible with almost every mobile operating system to attract more users and to amplify the power of technology. Numerous cross platform tools are adopted and installed by the game developers that certainly help them bring in something new, for example, Sencha Touch, Monocross, Xamarin etcetera. Also, there is more of viewing the game than playing as the young generation that fall under the category of 18 to 25 usually become spectators and watch the games and the battlegrounds at their own virtual space. Moreover, the arrival of the pandemic made this a routine and it is assumed that by the end of 2021, spectators may dominate the gamers

Aforementioned facts are the gaming trends to be acted upon more seriously and is basically a groundbreaking reality of the IT Industry. Game developers have been working in a way that each game is different from the other in regard to some feature that makes it going. In case the game developers are not able to fulfil the minutest of these features, then certainly their game will be considered an obsolete one. It is very important for the app developers to have a particular skill set and rich experience in the growing marketing trends. In order to make your features user friendly, make sure that the features are easy to operate and access and do not involve difficult strategies to unlock them. No doubt, upcoming gaming trends will change the future of the people. It is important for all the game developers to create games that are one of a kind and help the users to have a rich experience.